Who Qualifies for Medicinal Marijuana in New York 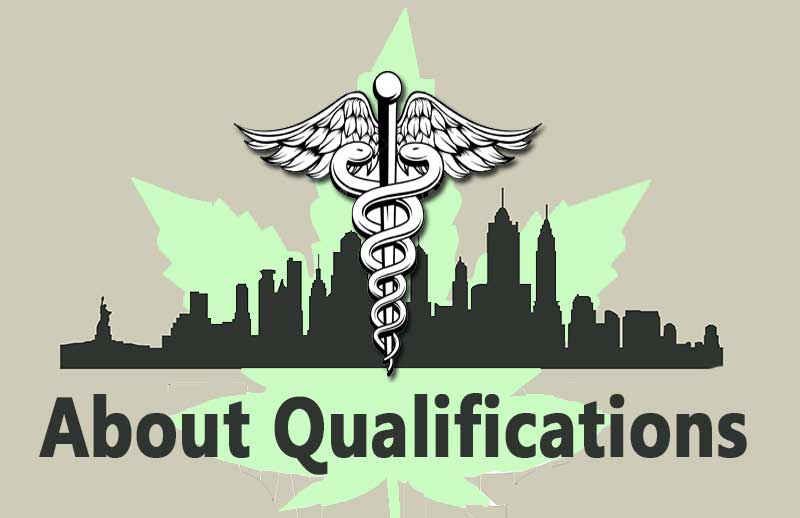 The State of New York passed a piece of marijuana legislation that effectively establishes a state-regulated medical marijuana program. While the measure itself narrows down the amount of qualifying diagnoses or conditions that would qualify a patient for the therapeutic use of cannabis within the state, New York’s program was drafted with careful and strict controls that will operate under very tight regulation and oversight.

Patients who are certified by a licensed healthcare practitioner to use medical marijuana in New York are required to register with the New York State Department of Health, and must obtain a New York medical marijuana card, which will serve as a means of identification for the state-sanctioned patient registry.

The passage of this bill makes New York the 23rd state in the country, to set the foundation for a medical marijuana program. “The Compassionate Care Act” outlines limited list of different debilitating medical conditions, for which marijuana is recommended to be medically beneficial. Before the bill’s passage, state lawmakers narrowed down the list of qualifying conditions that would allow a patient to qualify for the program. Legislators removed glaucoma – citing better pharmaceutical options – and narrowed “arthritis” specifically down to just “rheumatoid arthritis”.

* Please note: In order to become registered as a New York medical marijuana patient, you MUST first possess a document-driven condition that has been clearly outlined by the New York State Department of Health’s list of qualifying conditions (as per the Compassionate Care Act). The New York Health Commissioner must decide whether to add Alzheimer’s, muscular dystrophy, dystonia, PTSD, and rheumatoid arthritis within 18 months of the law’s effective date. The Health Commissioner may add or delete conditions to the list of qualifying ailments, at any time.

What Ailments Qualify For Medical Cannabis in New York

Patients in New York diagnosed with one of the following severe, debilitating, or life-threatening medical conditions, are afforded legal protection under New York’s medical marijuana law, as per Assembly Bill 6357:

Cancer, positive status for Human Immunodeficiency Virus (HIV) or Acquired Immune Deficiency Syndrome (AIDS), Post Traumatic Stress Disorder (PTSD), Amyotrophic Lateral Sclerosis (Lou Gehrig’s Disease), Parkinson’s Disease, Multiple Sclerosis, damage to the nervous tissue of the spinal cord with objective neurological indication of intractable Spasticity, Epilepsy, Inflammatory Bowel Disease(IBD), neuropathies and Huntington’s Disease, Opioid Use Disorder.
Effective March 22, 2017 chronic pain has been approved by Health Commissioner, Dr. Howard A. Zucker – any severe debilitating pain that the practitioner determines degrades health and functional capability, that has intolerable side effects, that has lasted for or is expected to last for at least three months, and other modes of therapy that has failed to treat or that cannot be treated by another therapy because it would be harmful.”

Patients could also suffer from a severe debilitating or life-threatening condition or any of the following conditions where it is clinically associated with a complication of a condition under this paragraph or its treatment: cachexia or wasting syndrome, severe nausea, seizures, severe or persistent muscle spasms severe or chronic pain — effective December 01, 2016 – or such conditions as added by the Commissioner.